Z-ers are born between 1995 and 2005, making the youngest 13 and the oldest 23. This is still a growing population that may not have had traditional life experiences like jobs and mortgages. They are optimistic about what their future holds and truly believe they can change it.

Generation Z is often accuse of being “addicted” to their phones. They spend an estimated 6 to 10 hours a day online. Some argue that this is an addiction while others argue this is a new way of life. It is estimated that 96% own a smartphone.

If you want to get your marketing message to Gen Z, you will have to send them a TXT Message as many NEVER use a computer or email. 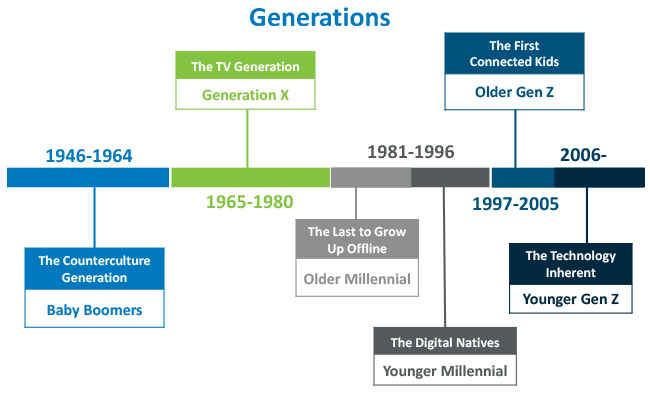